Skip to content
Google Map Something went wrong while retrieving your map.

We became Unitarian-Universalist in the early ’70s. As young parents, we felt the need to provide our children with a caring, diverse community of people who felt a desire to find their way through teachings, philosophies, and religions of the world. We found that we needed to be around those people, too. Our children have been on their own for over ten years now, and the community we joined with them still nurtures and welcomes us. We have participated by holding many offices including President (both of us), serving as Religious Education resources and teachers, building and painting and repairing when needed, and chairing committees when our turns came.

The Waynesboro Fellowship has responded by providing us with parenting and grand-parenting guidance, camping adventures, hiking buddies, and people who are fun and have make time for us. Through life at UUFW, we have looked at the world through the eyes of our UU children, absorbed words of insight and advice given by some of our wisest friends, cared for each other through times of crisis, protested and marched for justice along with some of our more vocal members, contributed to a better world by joining hands with friends who see need more immediately than we. We feel blessed to have met and joined with this remarkable Fellowship in our Valley. 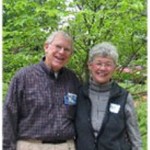 My two children and I moved to the Augusta County area about five years ago. As a divorced, educated, professional, non-local female with two interracial kids – who was also a little on the liberal side of things – I have found the community extremely hard to fit into.

After getting the kids settled in school and other various activities, building a new home, and getting established at work, I decided it was time to get in touch with my spiritual side. I always knew it was there, but it was something I had not delved into in any depth.

I never truly felt welcome or comfortable in other churches I visited. Then, everything changed when I saw an ad in the paper for UUFW. I had attended two other Virginia UU Fellowships during previous stages in my life.

So, I decided to give it try again when I attended UUFW one Sunday, three years ago. I fell in love with the atmosphere immediately! I took a class with the minister to learn more and joined just a few weeks later.

My family and I were so welcomed. I was put on a committee right away and have been involved in various ways ever since. It is a support system that I did not have before. It also proved to be a place where my family and I feel safe with our thoughts and beliefs.

I came from a broken home. I grew up practically un-churched on the inner city streets of Baltimore, Maryland. After moving back to Virginia, I was converted to Christianity in my senior year of high school. As a young man, I was deeply involved in a fundamentalist school and church. I even studied for the ministry. Does Jerry Falwell ring a bell?

I spent years struggling with my identity and trying to fit in. I was celibate for many years before finally accepting that I was gay. However, I found, like most gay people, that it is very difficult to feel comfortable and welcome in churches after coming to terms with my sexuality. I tried many different denominations and churches in search of acceptance and belonging before hearing about Unitarian Universalism through some friends.

UUFW has given me the open and accepting atmosphere that I had been seeking for a very long time. I am deeply grateful for the opportunity to share a spiritual life with others, without being judged, because this has been something that has always been important to me. I also treasure the friendships and social life outside the gay community that UUFW has made possible for me. 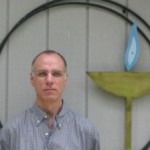